Home > About > Faculty and Staff > Administrative 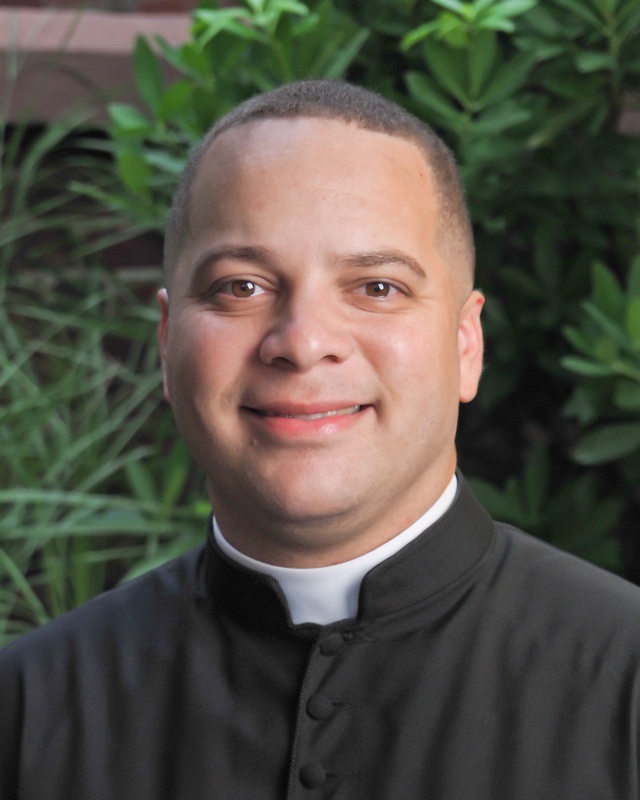 Father Renaurd West is the Chaplain of The Charleston Catholic School and Pastor of Sacred Heart Parish. His seminary formation began at the Pontifical College Josephinum in Columbus, OH. He later resumed seminary formation at Mount St Mary’s in Emmitsburg, MD. Father West has his bachelor’s degree from Belmont Abbey College outside of Charlotte. He was ordained to the priesthood in 2013 and has had several assignments in the Diocese of Charleston, all of which have included service in Catholic schools. Father West taught religion at Charleston Catholic during the 2008-09 school year. He is originally from the Upstate.

Fred McKay is the principal. He earned a B.A. in Philosophy at Furman University and a M.Ed. in School Administration at Georgia Southern University. Mr. McKay became principal at CCS in 2006. Prior to coming to CCS, he was principal at St. Anne Catholic School in Rock Hill, SC for nine years. Mr. McKay grew up in Charleston where he graduated from Bishop England High School.

Mike Pickett is the head of maintenance here at CCS. A New York native, Mike has over 25 years of management experience. He has an Associate of Arts degree from Orange County Community College and is a verteran of the United States Marine Corps. Mr. Pickett has worked at CCS since 2016.